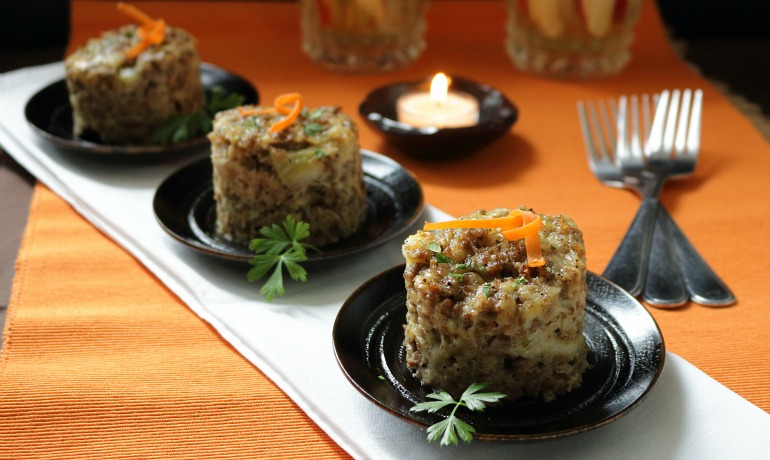 Grandpa's Secret Stuffing is filled with delicious ground beef, gluten-free bread, aromatics, lots of fresh ground pepper and is the perfect accompaniment to a turkey. 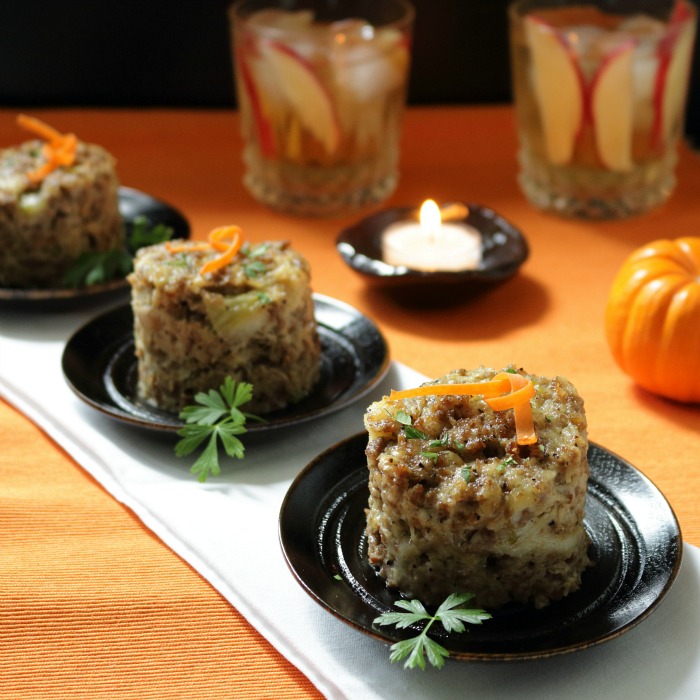 Actually, Grandpa's Secret Stuffing is so good that this can stand on its own as the main dish and as a matter of fact it did this week. It is so delicious on its own that I just served it with a couple of different veggies and it was a complete meal. 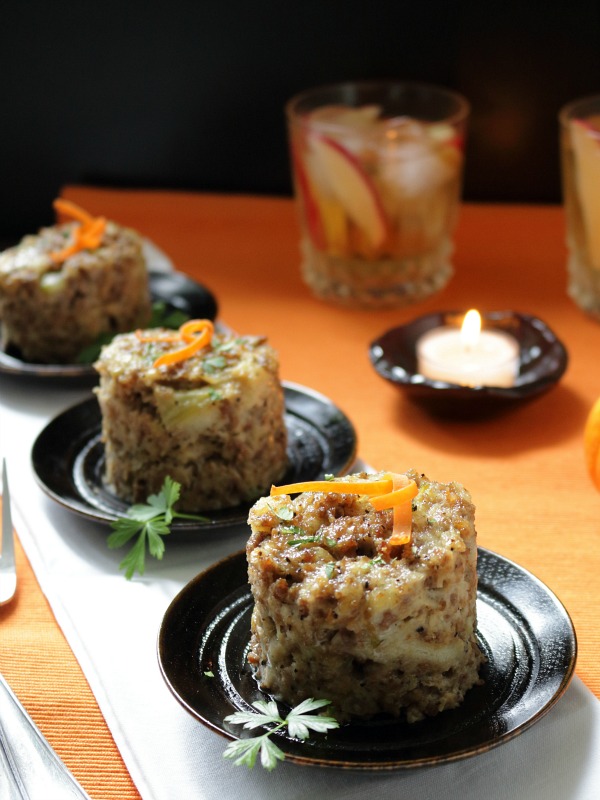 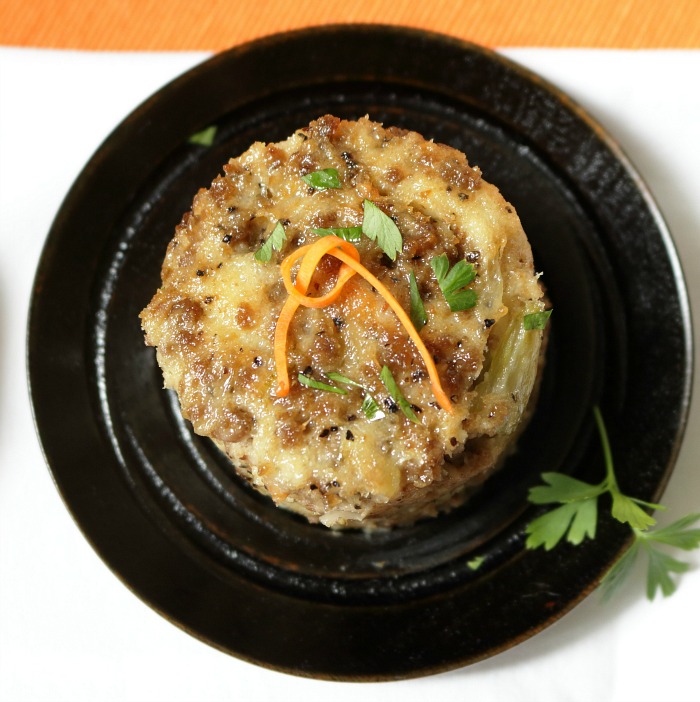 Finally, after years of secrecy, a few years ago I was able to get my hands on "Grandpa's Secret Stuffing" recipe and first published this recipe on November 26, 2011. Today, I went one step further. I made Grandpa's Secret Stuffing with gluten-free bread and even left out the egg as it really was not needed to hold the dish together. This recipe is happily gluten-free, egg-free and dairy free. 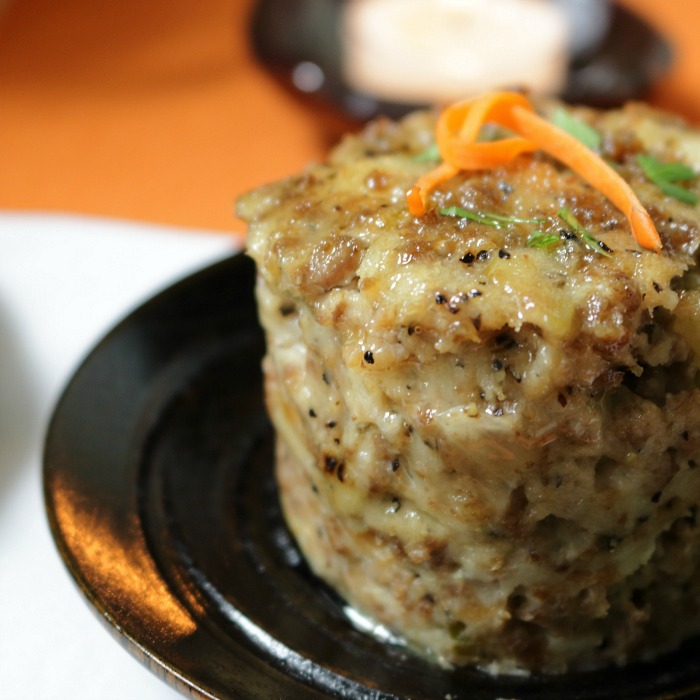 We call it "Grandpa's" Stuffing as all the grandkids, just love this recipe. My father has never shared this recipe and it has never been written down, until a few years ago. However, during my last visit home, over a cup of coffee and some persuasion he started to share his secret stuffing recipe with me. Grandpa's stuffing has been a celebrated family tradition in our family for many years. Thanksgiving would simply not be Thanksgiving, unless there was Grandpa's stuffing was on the dinner table. Grandpa is 91 years  young and in failing health but still spry and full of rich family history and stories. This recipe was passed on to him by watching his mother in the kitchen. 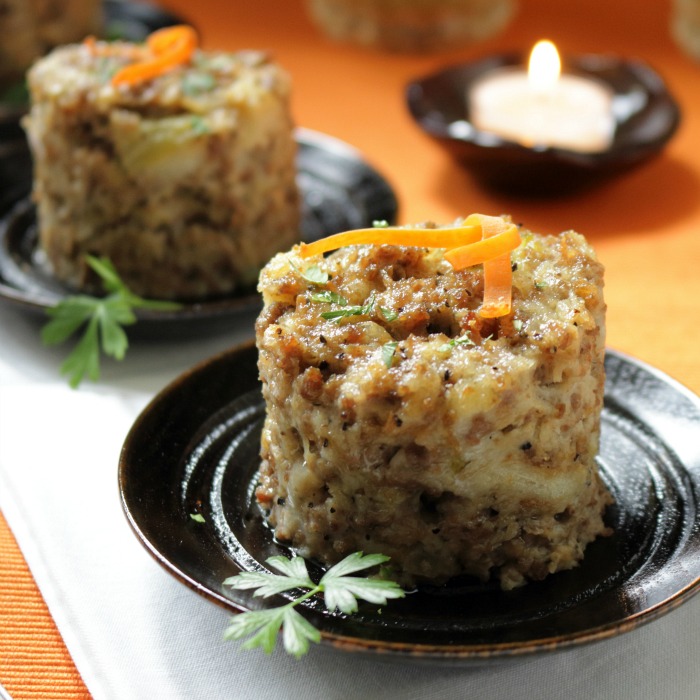 Grandpa's Secret Stuffing was  originally made with the remaining turkey giblets and other parts is parts. However, as the years went by and more and more grandchildren filled his home he left out these little ingredients to make the kids happy. 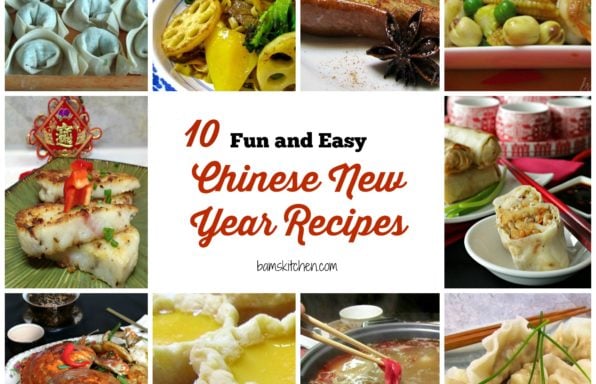 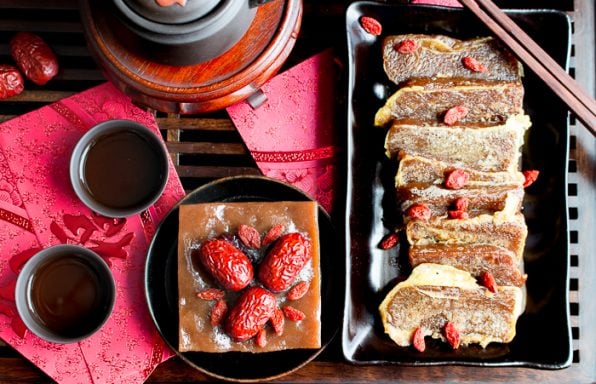 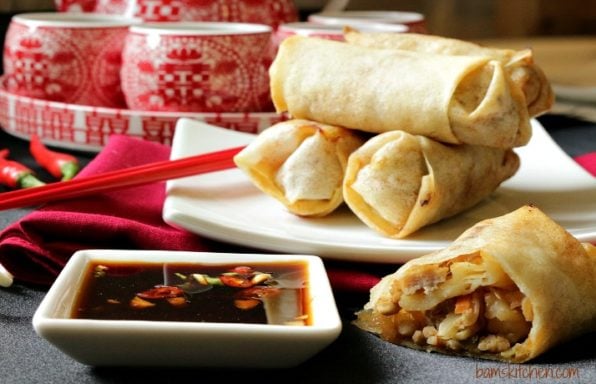 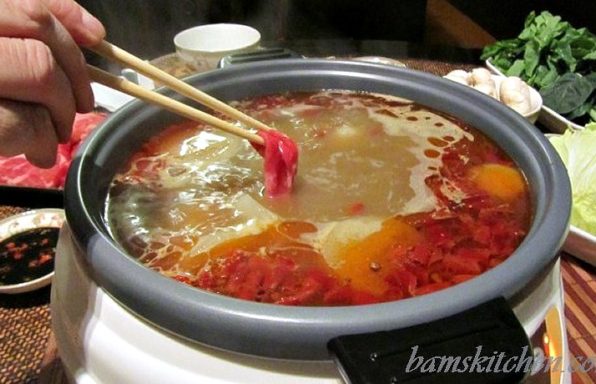 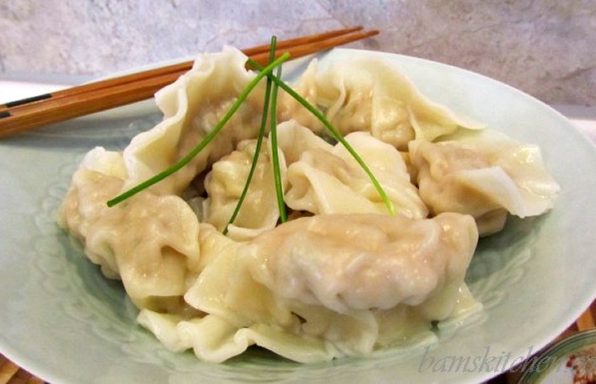 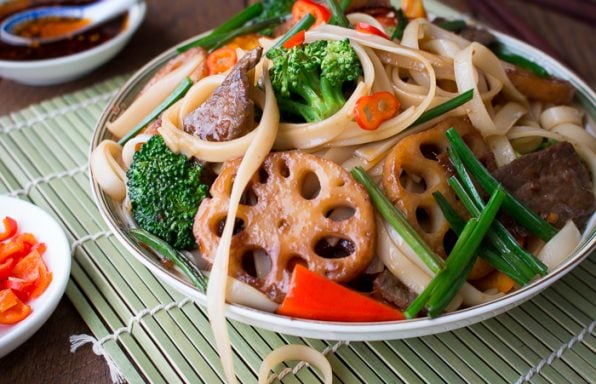 Grandpa's Secret Stuffing is filled with delicious ground beef, gluten-free bread, aromatics, lots of fresh ground pepper and is the perfect accompaniment to a turkey.

3Add ground beef and add some more salt and pepper and cook until beef is browned. Take off burner and set aside to cool.

4In the meantime in a separate bowl place about 2 cups of chicken broth. Place the slices of bread into the chicken broth and squeeze water out. Place squeezed out bread into a clean bowl and pull apart bread into small pieces.

5Add cooled ground beef mixture to bread.  Salt and add the rest of the pepper and mix.

6Grease an oven proof casserole dish and place stuffing mixture inside. Drizzle a small amount of olive oil on top and pop into the oven for about 45- 60 minutes until the top is slightly golden brown. If you like crispy edges, place your stuffing in a greased muffin pan to cook and reduce the cook time to around 30 minutes.

7Serve hot and bring on the holiday cheer!