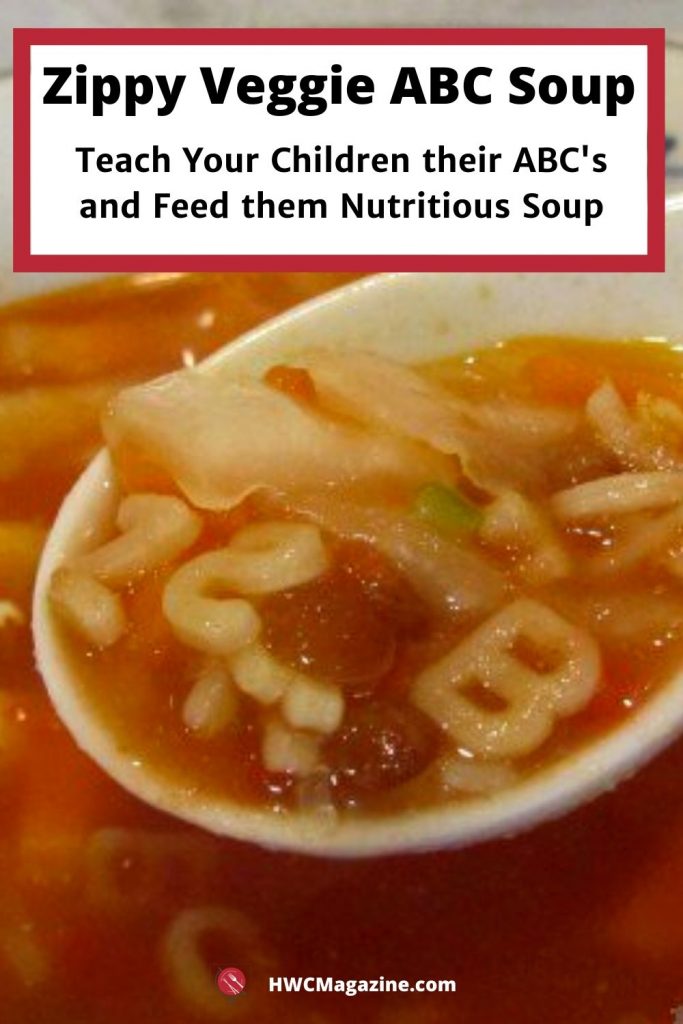 Zippy Veggie ABC Soup is an old family favorite that can help your children learn to spell and give them something warm and nutritious to eat. 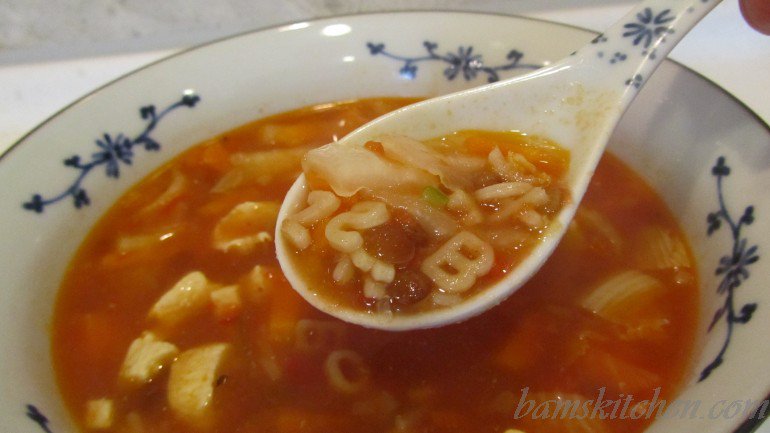 I found something in grocery store that stopped me dead in my tracks.

It seemed quite mundane at the time. I glanced over at this simple box of alphabet pasta. The pasta box was lying there among hundreds of other kinds of pasta and Asian noodles. There were so many types of pasta to choose from but this one was different.  I felt moved and sentimental and then it happened...I day dreamed of a day very very VERY long ago.... 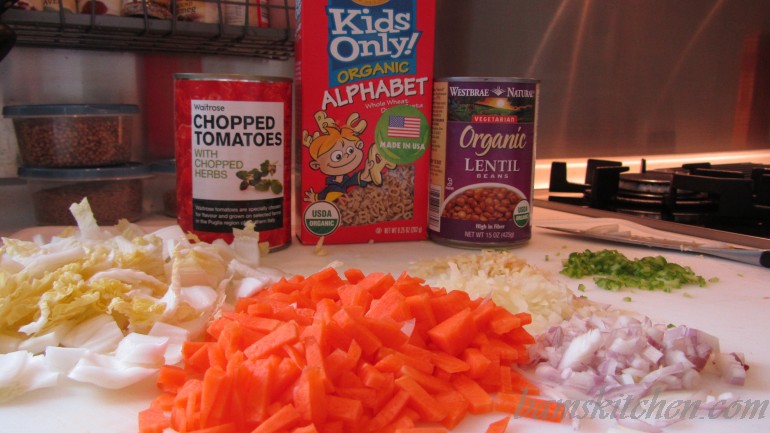 Teaching your Children their ABC's

I was sitting in the middle of the living room floor with my son teaching him his ABC's.  I used to draw the letters of the alphabet on flash cards and place them in a circle on the floor.  My son, maybe around 3 years at the time, would drive his choo choo train around and around the center of the circle rug.

I would say a letter of the alphabet and then my son would identify the letter of the alphabet and drive his little choo choo train up to the letter and put it in the train as fast as he could. Of course, all of this happened with all the very cool boy car noises such as the pretend screeching sounds around the corners and full spit spraying raspberry sounds as he took off with the train. 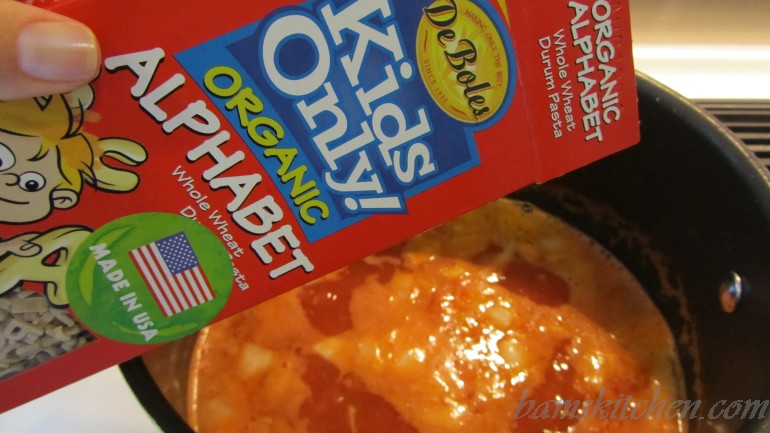 Then I was abruptly awakened from my day-dream as some lady rammed into the back of my Achilles tendon with her grocery cart at full turbo speed. Back to reality and what should I make with the gluten-free alphabet pasta?

The new school year is upon us and it is a great time for reflection and for looking into the future. It is the time of the year when everyone has a fresh new start for a great year of learning, getting projects done and most of all getting into a healthy eating routine. After all we have brand new pencils, books, calendars and crayons why not a new healthy snack routine to boot. 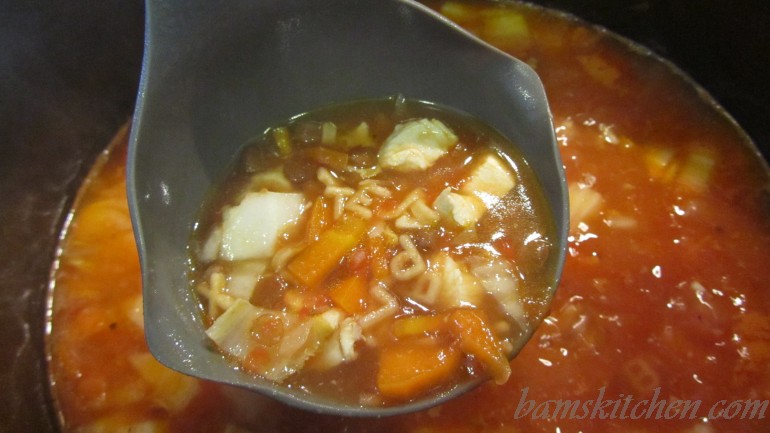 My boys like after school snacks but sometimes their snacks are more like meals. I am sure I have told you about the time when my eldest teenager came home from school and helped himself to the entire family roast in the crock pot and said, "Sorry mom, I needed a little snack." He left only a small scrap of meat and a lonely carrot behind. 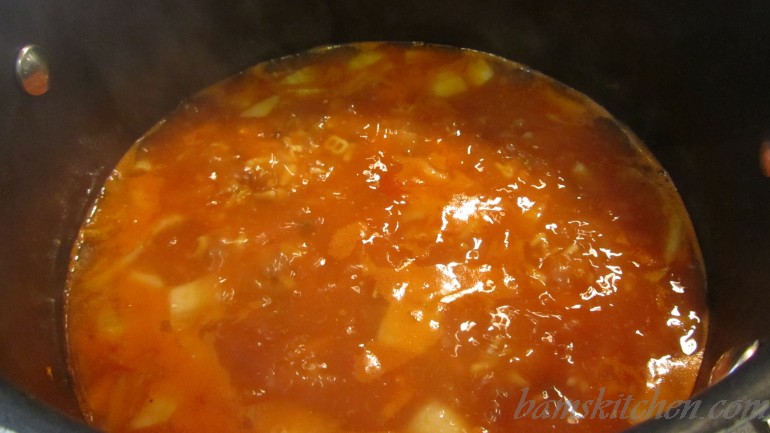 My boys need hearty, healthy and filling snacks when they come home from school. A great snack or even a quick light dinner is soup. What could be better to start the new school year then a Zippy Veggie ABC Soup. Nourish their minds and their souls with this fun alphabet soup.

Come follow along to learn how to make this yummy Zippy Veggie ABC Soup in a flash.... 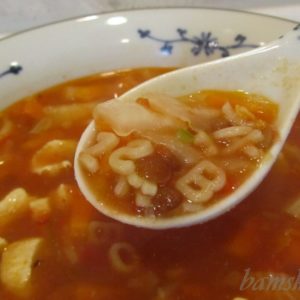 Prevent your screen from going dark

Feel free to use any vegetables you desire in this recipe. This is a great clean out the refrigerator for all those little bits and bobs of vegetables.  You can make this recipe vegan by using vegetarian broth and omitting the chicken.