Just returned from the wet market (farmer's market) in Aberdeen, Hong Kong and todays choices for fresh vegetables were overwhelming.  Beautiful ripe sweet tomatoes, colorful crisp peppers (capsicum), firm cucumbers, and many fresh green herbs for the summer selection.  Cool and Crisp Gazpacho soup is a great way to cool down on these hot summer days and lovely way to use these fresh and bright ingredients.


Gazpacho soup is a cold tomato based Spanish soup originally made with raw vegetables, fresh herbs, garlic, day old bread, vinegar and olive olive oil.  It originated in the Spanish region of Andalusia.  In order for my teenage sons to like this dish, I made some alterations to tradition. I removed the bread from the soup and instead put in fresh lemon juice and finely minced red hot peppers to keep the flavors dancing on your tongue. The cool refreshing vegetables of the soup combined with heat of the pepper and tang from the vinegar and lemon is a delightful way to the edge off the heat of the summer. 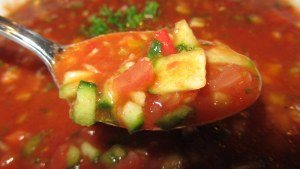 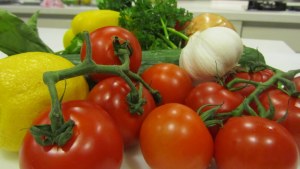 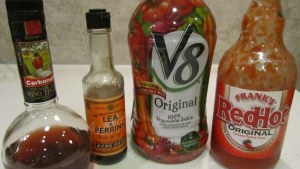 Step 2: Cut tomatoes in a cross cut on both top and bottom (This will make it easier to peel) 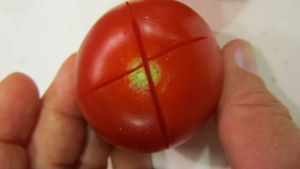 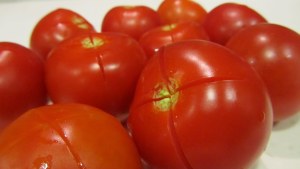 Step 2: Boil water in pan and add tomatoes for about 10-15 seconds to blanch 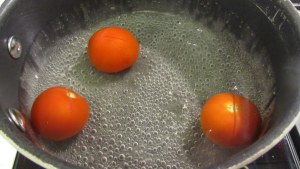 Step 3: Remove tomatoes and place in a water bath to cool down 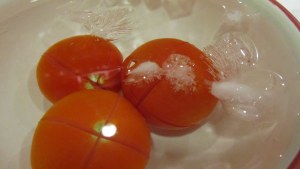 Step 4: Remove tomatoes from water bath and peel and seed. 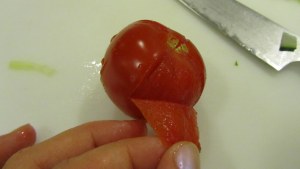 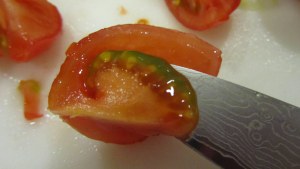 Step 5: Chop half of the cucumbers and tomatoes finely. Place other have of cucumbers, tomatoes and onion and coarsely chop in food processor. 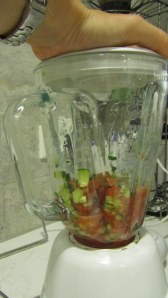 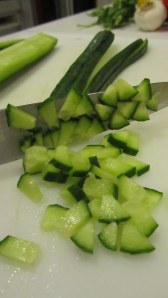 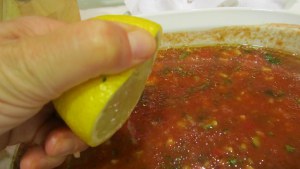 Step 8: Store in a sealed container in fridge for at least 2-4 hours and best overnight for flavors to mingle.
Step 9: Serve Gazpacho soup cold with parsley garnish and crusty bread on the side. 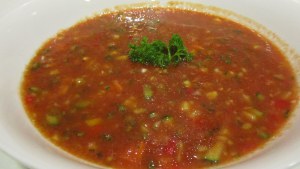 Serving: 4g
Did you make this recipe?Tag us @HWCMagazine or hastag us #HWCMagazine!
« Bacon Wrapped Stuffed Chicken Tenderloins
Breakfast Frittata »